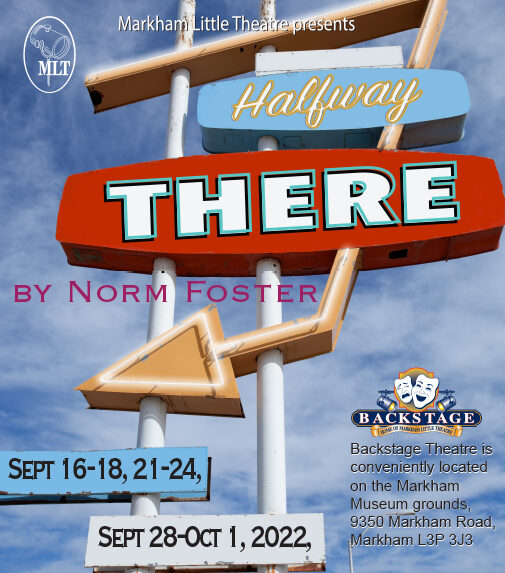 Tickets: $24 each
Venue: Backstage located on the grounds of the Markham Museum,at 9350 Markham Road, just north of 16th Avenue.

There’s no such thing as a secret in Stewiacke – not when the gossips meet for coffee every day at the local diner! When Sean, a heartbroken doctor, moves in to take a temporary job at the clinic, he tips the Maritime town off its axis.

This feel-good comedy is written by Canadian favourite Norm Foster.

Halfway There was first produced by the Foster Festival in St. Catharines, ON in August 2016.

Halfway There is staged by arrangement with Pam Winter, GGA,  https://www.ggagency.ca